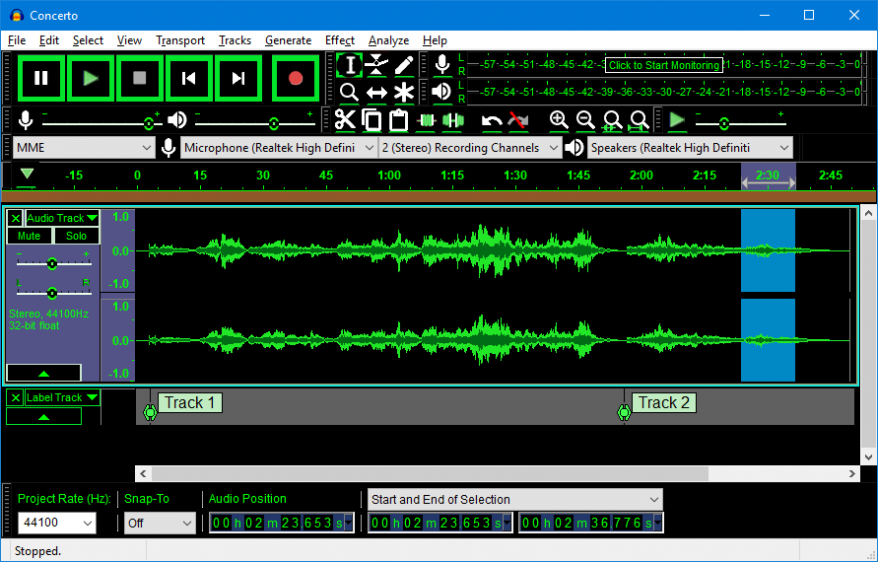 Audacity 2.4.1 replaces all previous versions. It contains a rapid fix for a serious bug in the briefly issued Audacity 2.4.0 release. Over 100 bugs fixed since 2.3.3. Here you will find full details of the new Audacity features.