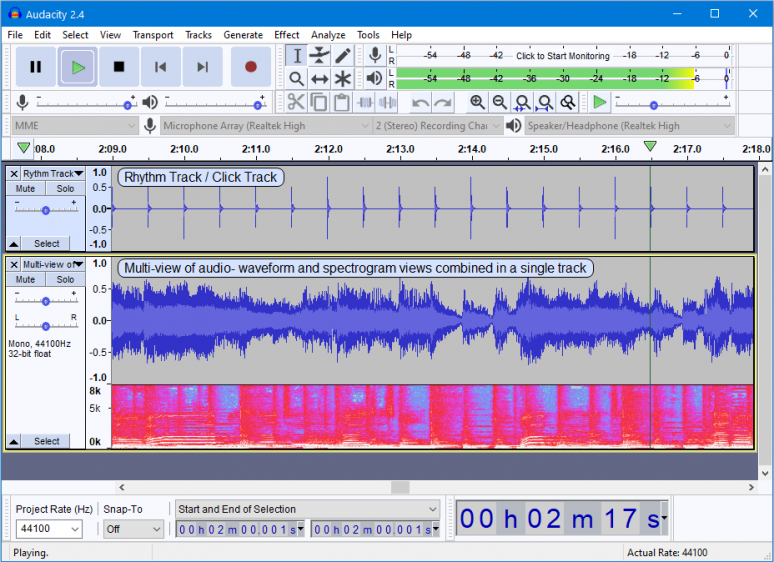 Less of Audacity is properly accessible to visually impaired users than we would like. Currently the best supported platform for accessibility is Windows. We lost a lot of custom accessibility programming when we had to move to a more recent version of the wxWidgets library.